Allergy Season is Back!

Seasonal allergies, also known as hay fever occurs when the body’s immune system reacts to an external substance such as pollen, resulting in a range of unpleasant symptoms. One in six Canadians suffer from allergies. Typically, seasonal allergies are present from early spring to mid-fall season. April to June is when tree pollen is prominent. June through July is largely grass pollen and finally for the remainder of the summer months and heading into fall, it’s the dreaded ragweed that dominates.  Seasonal allergies are not genetic but chances of having it are higher if you have a parent or sibling who suffers from seasonal allergies. Additionally, individuals with eczema and/or asthma are more likely to develop seasonal allergies.

So, if you are allergic to tree, grass and ragweed pollen you’re likely the one carrying around a box of tissue throughout the warmer seasons.

So, what is really going on here and why doesn’t everyone suffer from seasonal allergies? In most cases allergens include pollen, dust, feathers and mold. Seasonal allergies are largely triggered by pollen. Pollen is a fertilizing agent produced by male plants which are transported by insects, animals or travels through the air to eventually fertilize female plant counterparts. Along its travels, pollen may end up in the nose, eyes or mouth, wreaking havoc on those individuals who suffer from seasonal allergies.

Typical symptoms of seasonal allergies include:

There are options to help manage symptoms and reduce the occurrence. Reducing the exposure to pollen is very important. Opting to stay indoors when pollen counts are at their highest, usually noon to mid-afternoon is helpful. Nasal irrigation such as a saline rinse help to remove pollen particles that have made their way into the sinus cavities. There are a variety of pharmaceutical medications that can be used to reduce symptoms but often come with drowsy side effects and need to be taken regularly. Natural health products are often sought out since they also help with symptoms without the drowsy effects. Here are a few natural ingredients that can help those itchy, watery symptoms:

Quercetin: naturally found in onions and various produce is an antioxidant. This antioxidant can help reduce the histamine response cascade that results in the unwanted symptoms of hay fever[i].

Rosmarinic acid: this natural compound was first discovered in rosemary but can also be found in perilla, sage and lemon balm. One study reported patients who were given rosmarinic acid reported less severe allergic symptoms, such as runny nose and itchy watery eyes. Also, this group had a reduction in inflammatory markers within their mucus compared to the control group. This study reported rosmarinic acid helped reduce both symptoms and inflammatory reactions that promote seasonal allergy responses in the body.[ii]

There are many other natural herbs and compounds still being examined for their effect on seasonal allergies. Agents such as Vitamin C, Vitamin D, stinging nettle, N-acetly cysteine are just a few that are still being evaluated.

Enjoying the warmer seasons without feeling congested and constantly sneezing is possible. Using natural products can be a great addition to hay fever symptom management.

Tags: Allergy
OlderWhat Turns You On? – Sex Drive
NewerFocusing on healthy vision as you age 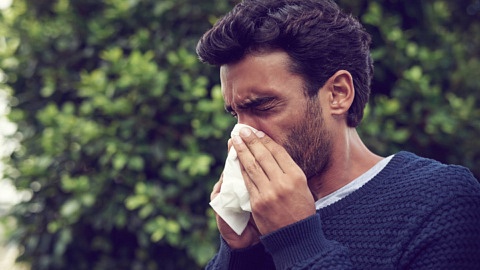 As the spring season arrives many of us rejoice and are excited for more sunshine, birds singing and flowers budding. However, the warmer months can also...

Allergic reactions are often unexpected and can occur during any season. It kicks in when the immune system triggers chemicals, particularly histamines, to... 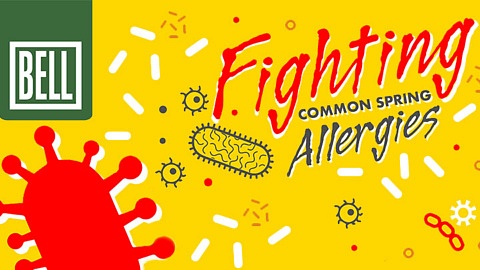 While spring is a welcome change from the dreariness of winter, it comes with its own challenges for many: allergies. So what causes these irritating symptoms?...