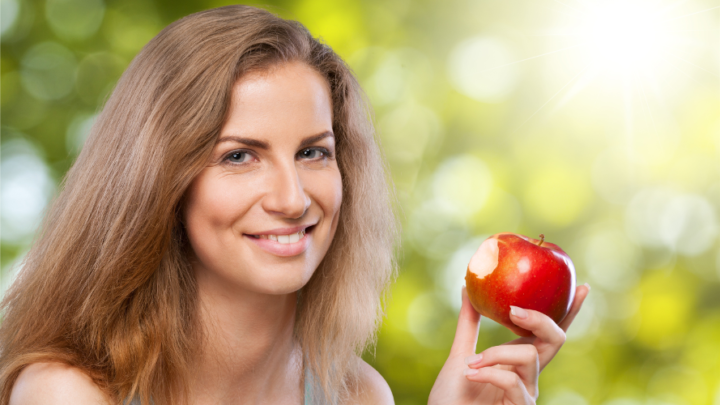 Did you know that April marks IBS Awareness Month?

Irritable Bowel Syndrome (IBS) is a functional bowel disorder that’s estimated to affect 10-20% of North Americans. IBS is the most common gastrointestinal disorder, affecting more women than men, and accounts for up to 50% of referrals to gastroenterologists.

Individuals with IBS typically have a sensitive digestive tract with heightened reactivity. Associated symptoms include abdominal pain, bloating, and altered bowel habits ranging from constipation to diarrhea, or a mix of both. While the condition itself isn’t life threatening, the symptoms can be severely debilitating for some, thus greatly reducing their quality of life.

There’s no one single cause for IBS, but there is a number of contributing factors or “triggers” that can influence symptoms. These include acute infections, physical or emotional stress, dietary issues such as food allergies or sensitivities, poor eating patterns, lack of digestive excretions (ie. stomach acids, bile), antibiotic-use, and sensitivity to hormones produced in the body.

Treatment for IBS is as individualized as the symptoms of the condition itself, therefore, there’s no “perfect” diet that will be suitable for everyone.

It can be helpful to track food intake for a couple of weeks to pinpoint potential trigger foods, then going about avoiding (or limiting) them to see if there’s a noticeable relief in symptoms.

1) Wheat (and other Gluten-Containing Grains). It’s possible that some IBS sufferers are sensitive to the gluten found in wheat (and other grains), however, gluten is just one component that can be troublesome for people. Wheat also contains certain carbohydrates that are easily fermented by bacteria, causing gas, bloating and altered bowel motility in some people with IBS.

2) Cow’s Dairy. An undiagnosed lactose insufficiency could be a cause for IBS. If the lactose (milk sugar) is the problem then relief can be found by avoiding foods high in lactose such as milk, soft cheeses (i.e. ricotta) and ice cream. If an undiagnosed milk allergy is suspected then it’s best to avoid all dairy for a set period of time to see if symptoms subside.

3) Fatty Foods/ Fried Foods. These foods can be difficult for some people to digest. Choose smaller portions of foods that are naturally high in fat (i.e. nuts, avocado), and prepare your meals by grilling, broiling, baking, or steaming with little or no oil.

4) Coffee, Alcohol (and Tobacco): These are gastric irritants that can speed up gut motility and leave some people running for the toilet. They’re particularly bothersome for those who tend towards diarrhea.

5) Gas Forming Foods: Cabbage, Brussels sprouts, cauliflower, broccoli, unsoaked beans and legumes, carbonated beverages, and even too many raw vegetables, in general, can be more bothersome for people with IBS. 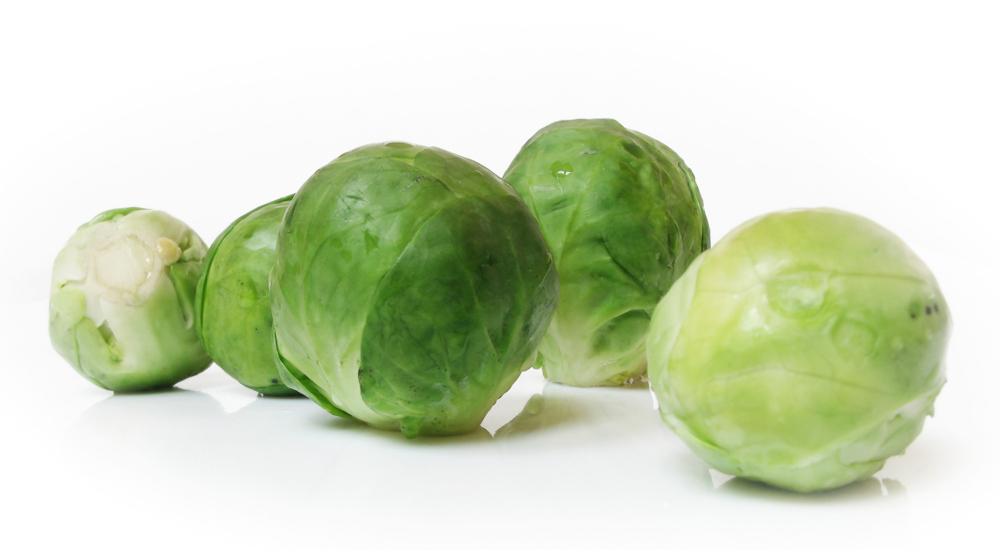 Foods and Dietary Habits to Embrace

There’s no prescribed list of foods that is perfect for everyone, but it’s important to build your diet around nutritious whole foods while avoiding (or limiting) those foods that trigger symptoms.

1) Dietary Fibre: It’s important to increase intake gradually to avoid unpleasant symptoms. Insoluble fibrefound in many vegetables and whole grains creates stool bulk and increases transit time, providing relief from constipation. Soluble fibre, on the other hand, found in certain fruits (ie. apples, pears), beans, oats and psyllium husks, forms a gel when mixed with water and can help slow down transit time in those prone to diarrhea.

2) Cooked Vegetables/Fruits, Blended Soups, and Smoothies.Cooking and blending foods can help alleviate symptoms for those people who find raw veggies and fruits difficult to digest.

3) Low-FODMAP Diet. The abbreviation FODMAP stands for Fermentable, Oligosaccharides, Disaccharides, Monosaccharides, and Polyols. These carbohydrates can be difficult for some people to digest and can worsen IBS symptoms. Following a low-fodmap diet for 6-8 weeks can be helpful in identifying food triggers and relieving symptoms.

4) Probiotic-Rich Foods. Healthy gut flora is essential for maintaining normal gastrointestinal function. Certain fermented foods such as kefir, miso, sauerkraut, and kimchi can help introduce friendly bacteria into the gut and aid digestion. It’s important to start with small amounts since introducing too much too soon can cause gas and bloating in some people.

5) Teas such as Chamomile, Lemon Balm, and Ginger all have antispasmodic effects and can help to relieve gas pains and aid digestion. 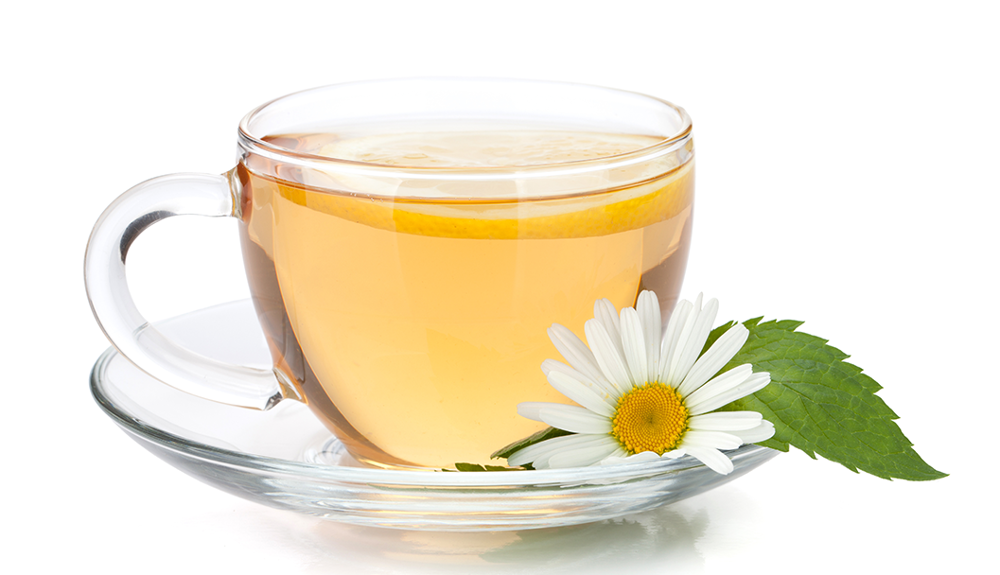 Finally, it’s absolutely worth mentioning that how you eat is just as important as what you eat.

Be sure to eat at regular intervals throughout the day, avoid erratic and late night eating, keep portion sizes moderate, avoid overeating, try to eat only when you’re sitting down and relaxed, and lastly, chew, chew, chew your food – your stomach doesn’t have teeth! 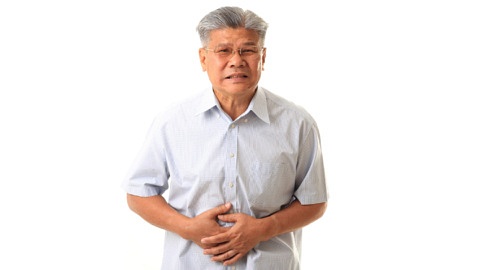 Whether it’s flat or flabby, gut health is an important factor in overall health. Medically speaking the gastrointestinal tract (GI tract) is a complex... 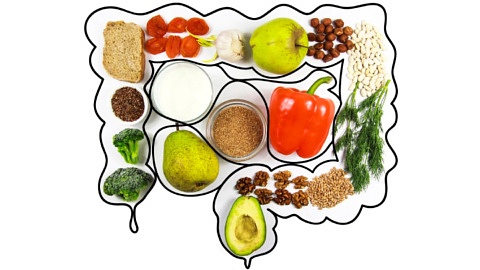 The human digestive system, also known as the gastrointestinal tract or “GI tract” for short, is made up of a very long hollow tube and includes unique... 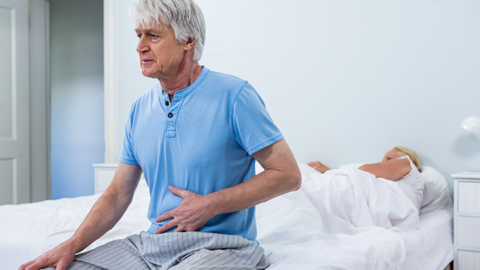 The Psychology of Irritable Bowel Syndrome

Irritable bowel syndrome (IBS) affects 6-18% of people worldwide and is the most common gastrointestinal (GI) disorder seen in people who visit general...