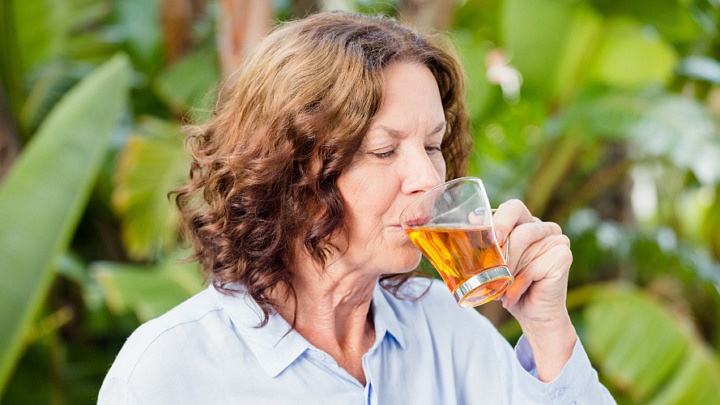 Acid reflux, heartburn, and gastrointestinal reflux disease (GERD) are some of the most common health conditions. In fact, over one billion dollars per year is spent on over-the-counter (OTC) medications to treat these ailments, and cases of these conditions are on the rise[1].

Those who suffer from these conditions know that the symptoms can range from uncomfortable to debilitating. While OTC and prescribed medications can effectively improve or eliminate symptoms, many people would rather try a more natural approach to symptom relief or prevention of reflux before they go down the medication route.

What is Acid Reflux?

Acid reflux is a condition of the gastrointestinal (GI) tract. It occurs when the acid from your stomach moves backward into your esophagus. Normally we have a muscle at the opening of the stomach called the lower esophageal sphincter (LES) that acts as a valve and prevents this from happening. The LES typically allows food to pass through one way and then closes immediately. When the LES is weak and/or not working effectively, acid produced by the stomach is allowed to move back up the esophagus.

This results in one or more of the following symptoms:

There are a wide range of causes of acid reflux. Some may be due to certain lifestyle habits or a one off occurrence; some could be due to an underlying chronic condition.

Some of the causes include:

● Hernias
● Smoking
● Certain foods (see below)
● Certain medications
● Sedentary lifestyle
● Large meals
● Obesity
● Pregnancy (due to pressure in internal organs from the growing fetus and placenta and/or the hormone progesterone, which relaxes the stomach muscle/valve)

● As mentioned above, acid reflux occurs when the LES, joining the esophagus and stomach, fails to tighten/close causing the acid from the stomach to move up into the esophagus. Symptoms are also listed above.

● Heartburn is what the most common symptom of acid reflux is commonly referred to as. It is the burning pain in the chest that is caused from the acid entering the esophagus. Although the condition is not related to the heart, the pain or sensation is typically felt in the chest, thus where the term heartburn comes from.

● GERD is when acid reflux is chronic, and is identified when episodes occur 2+ times per week and result in esophageal inflammation. Symptoms include: bad breath; tooth enamel damage; heartburn; regurgitation; cough; difficulty swallowing; asthma. If GERD isn’t treated severe damage can occur to the esophageal lining which results in changes in esophageal cells, ulcers, bleeding, scarring, and even esophageal cancer (adenocarcinoma).

Prevent GERD by getting your acid reflux in check with the natural remedies and/or lifestyle modifications below, or medications if necessary. Speak to your healthcare practitioner if symptoms of acid reflux are persistent.

Diet Considerations for Prevention and Management of Acid Reflux Symptoms

● Eating at regular times
● Eat smaller meals
● Slow, mindful eating until satisfied and not ‘stuffed’
● Not lying down for a short period after meals
● Lower consumption of carbonated beverages
● A diet high in fibre

Avoiding certain foods is a popular recommendation, but there is low evidence that eliminating foods thought to trigger reflux (e.g. chocolate, citrus, caffeine, alcohol, etc.) can decrease reflux symptoms for everyone[2]. A comprehensive review of over 2,000 studies published in the Archives of Internal Medicine found that no evidence for food elimination as a treatment. However, if you find that a specific food triggers your symptoms, there should be no harm in avoiding it. It’s best to keep a food journal to identify which foods trigger symptoms for you, and speak to your healthcare provider if you end up avoiding multiple foods.

Try plugging your nose and chugging back one teaspoon of baking soda in a full glass of water to help reduce your acid.

Use caution, as drinking a solution of baking soda too fast can cause side effects such as gas and diarrhea, and keep in mind that the sodium content is very high. Baking soda can also interfere with how the body absorbs some medications and can lead to other health complications if overused. 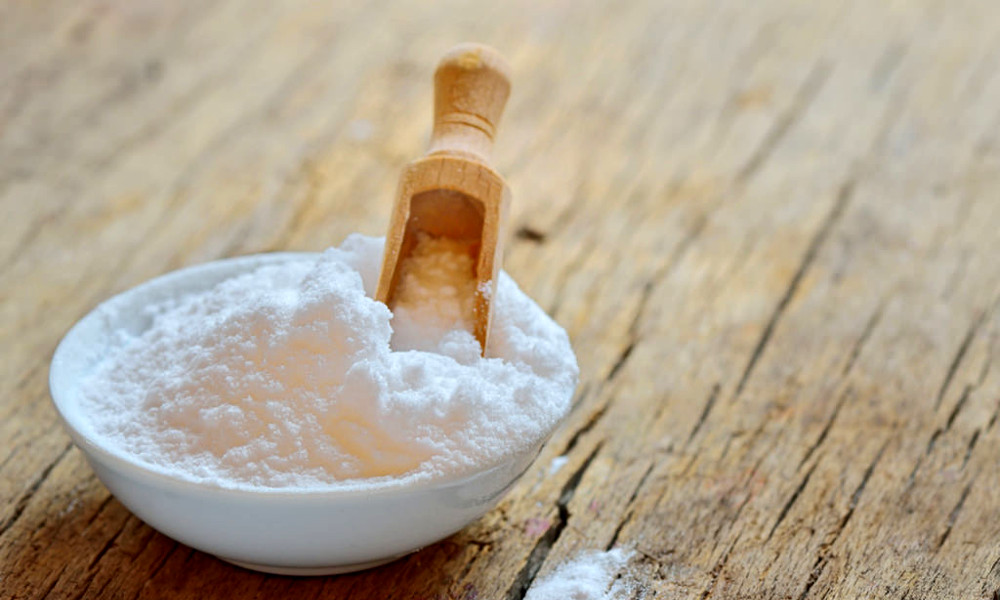 Another popular natural remedy for acid relief is the use of probiotics. You may have heard them termed as the “good” or “friendly” bacteria that are found in the digestive tract. Probiotics are found in fermented foods such as yogurt, buttermilk, kefir, kimchi, sauerkraut and kombucha. They are also being added to more and more foods and are available in supplement form. Their use in treating bacterial imbalances such as yeast infections, thrush and antibiotic induced diarrhea is fairly established but their place in the treatment of GERD, although promising, is not quite as clear.

More research is being done but there are several theories on how probiotics help with GERD. One theory is that they strengthen the lining of the GI tract by protecting it from harmful bacteria like H. pylori. They can also help with chronic constipation which can aggravate GERD, and they may also reduce inflammation in the GI tract. Probiotics are certainly not the “cure all” for GERD but they may be a good addition to the treatment plan for some people, and are relatively safe.

Slippery Elm Bark may work by coating the esophagus and stomach to protect it from the acid. According to the University of Maryland Medical Center[3] tea made from slippery elm bark may cause stimulation of nerve endings in the GI tract which increases mucus production and can protect the GI tract from ulcers and excess acidity. While the research into slippery elm looks promising it is still limited at this point.

Some people swear by chewing gum after a meal. Chewing gum can activate the salivary gland to produce more saliva, which increases swallowing and reduces the acid in the esophagus. Chewing also promotes ‘peristalsis’, which moves food through the GI tract more effectively. Be careful when picking gum to avoid sugar alcohols – sorbitol, mannitol and xylitol – as they can exacerbate reflux symptoms.

Natural Remedies You Should Pass Up On For This Condition

Peppermint is used to calm the muscles of the stomach and can improve the flow of bile, which the body uses to digest fats. As a result, food passes through the stomach more quickly. However, if your symptoms of indigestion are related to acid reflux or GERD, peppermint should be avoided. Peppermint can relax the LES, allowing stomach acids to flow back into the esophagus[4].

Apple cider vinegar (ACV) is a popular natural remedy for acid reflux and GERD, with a claim that it will neutralize stomach acid when taken internally. There are many anecdotal reports that use of apple cider vinegar can improve symptoms, but unfortunately there isn’t much scientific research to back up this claim. Many researchers attribute any reported benefits to the ‘placebo effect’ (which has shown to be quite powerful[5]). Some have theorized that the people who do benefit from this treatment may be due to the shock of the acid causing the LES to close, and thus prevent reflux[6]. Also, ‘The Mother’ of ACV is lower in PH than the ACV itself, and some suggest that it is ‘The Mother’ that helps neutralize the acid. In any case, it is best to avoid the use of ACV for reflux, as the main ingredient is acetic acid which has the potential to damage tooth enamel and burn the esophagus. If you do decide to try it ensure that it is adequately diluted, and if your symptoms worsen and/or you experience any pain or burning in the GI tract, discontinue use.

Always discuss any plan to incorporate natural remedies with your healthcare provider(s) as some remedies may interact or interfere with other medications or herbal remedies you may be taking.

Felicia Newell is a Registered Dietitian (RD), Nutritionist, and Health Coach. She is also the owner of Sustain Nutrition, and helps clients from all around the globe fight through the misinformation in the online world, and master their health goals in a way that also allows them to also enjoy life. After many years in practice and through extensive research, Felicia knows that the ‘restrictive dieting’ technique never works long-term, and she takes the realistic approach of the ‘80/20 rule’, as well as working with clients to find the specific strategies that work best for them. You can download her FREE Meal Planning Starter Kit to help get you on your way to crushing your health and wellness goals. 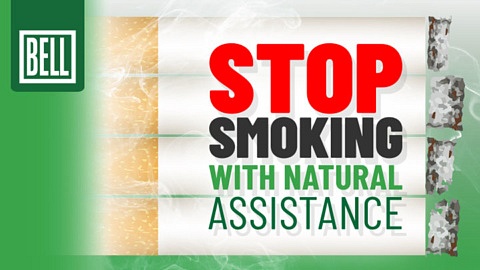 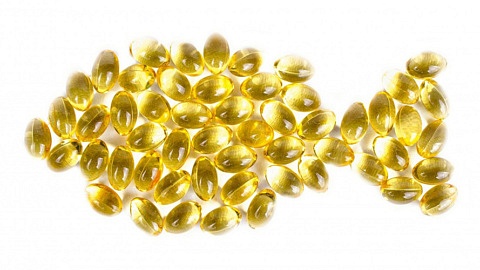 Often patients ask me what are the most important supplements and I most commonly recommend fish oil. Many studies have been done to evaluate the effects of...